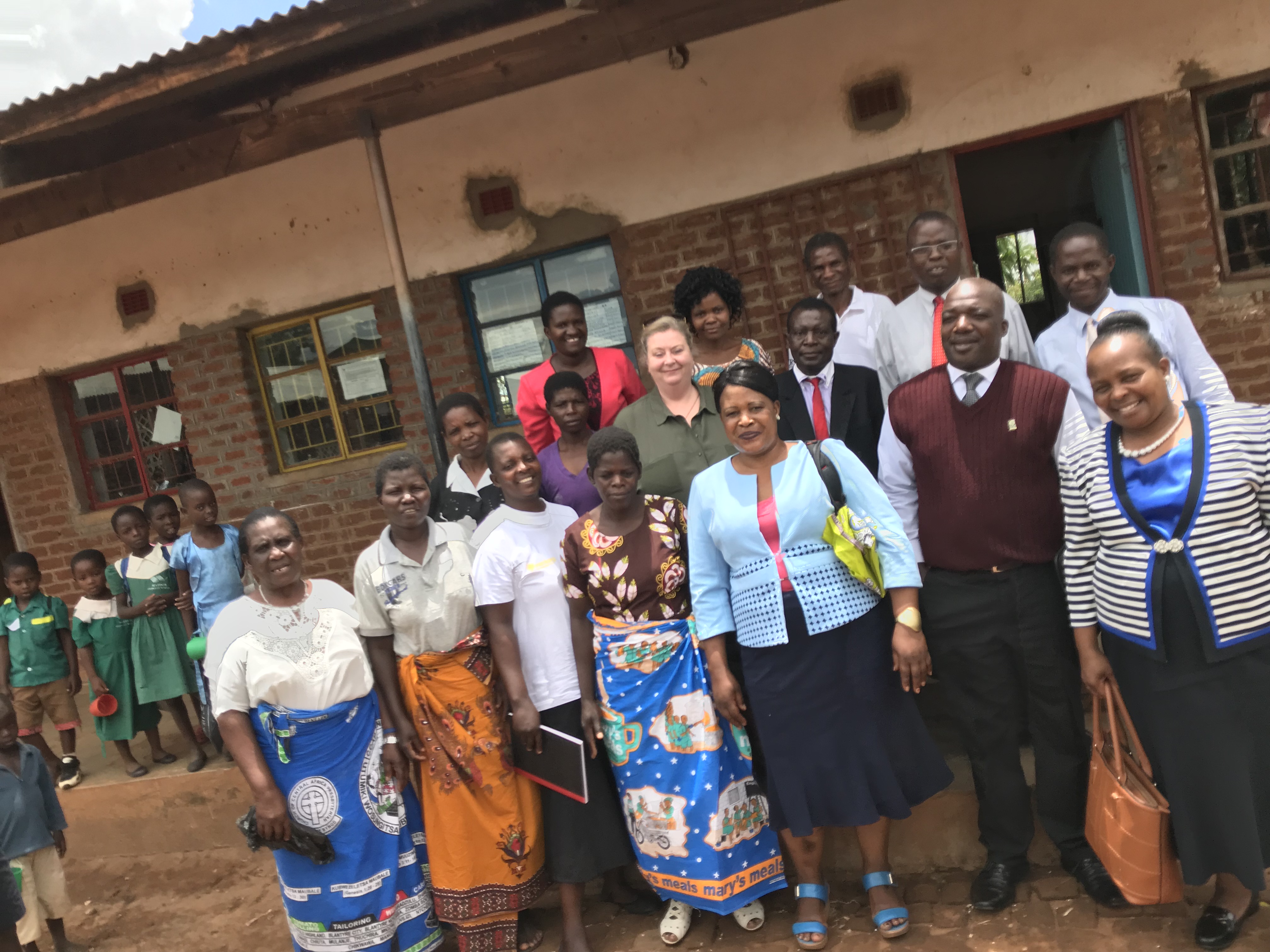 Having had the opportunity to rest over the weekend and settle into the heat and humidity, work started properly with a visit to Matindi Primary in Blantyre Rural. We have been working in partnership with HT Clement and DHT Regina for many years so it was with some sadness that we learned they have both moved to other schools in the district - both as head teachers! Congratulations to them both but we will miss seeing you.

The approach to  Matindi was along a newly tarmac road with white lines painted- such a transformation from the dirt track of old. We were delighted that all learners were in class working when we arrived: not the usual Matindi flash mob, but much better for learning.

Wellos, the new HT, now in his fourth headship welcomed us and I was thrilled to see the new DHT was Lucian, a most extraordinary teacher and librarian whose use of the MLOL library to support learning of children, teachers, parents and the wider community was an example of good practice shared last year. Practice which has continued to grow.

With an entirely new administration, the self evaluation process which we have honed over the last four years was a little bumpy with some significant stops and starts. Evidence had to be found to support claims and Lucian spent more time running around collecting items than sitting. The school were very eager to be seen in the best light.

The parent groups were were all represented today with some familiar faces still doing sterling work supporting the HT in monitoring attendance and the quality of teaching...... not many parent councils in Glasgow will be part of the class observation programme ??

Through discussion it was clear that the best work of this school would be seen in classrooms. As a professional learning opportunity Loveness, the Primary Education Advisor (PEA) accompanied Michele to two class observations. Even in a class of 74, we were pleased to commend effective paired and group work. The lesson was really active with no passive learning observed. This is one of the ways we triangulate the evidence according to the Malawian Education Standards.

In order to paint the school in its best light, we have allowed additional time for evidence to be produced which the new team did not yet have to hand. We look forward to receiving it.

A short meeting to agree the logistics of the HT Leadership day next week and to plan short visits to the schools which the 2018 team will work with in September finished the day for us.

Anyone who has visited here before will not be surprised that electricity is scarce and the WiFi conked out for the whole of yesterday! Even with a SG laptop, a GCC laptop, two iPads, two iPhones, a Blackberry and a Malawian phone I couldn’t contact my best girl! Today we tried to put Malawian SIMs into our phones but my new phone has blocked it so back to square one??

Tomorrow I will be working with my dear friend Vincent at Catholic Institute Primary. This was the school I worked in as a teacher on my first visit in 2014. Their progress has been well evidenced and I always feel at home there. Looking forward to that!