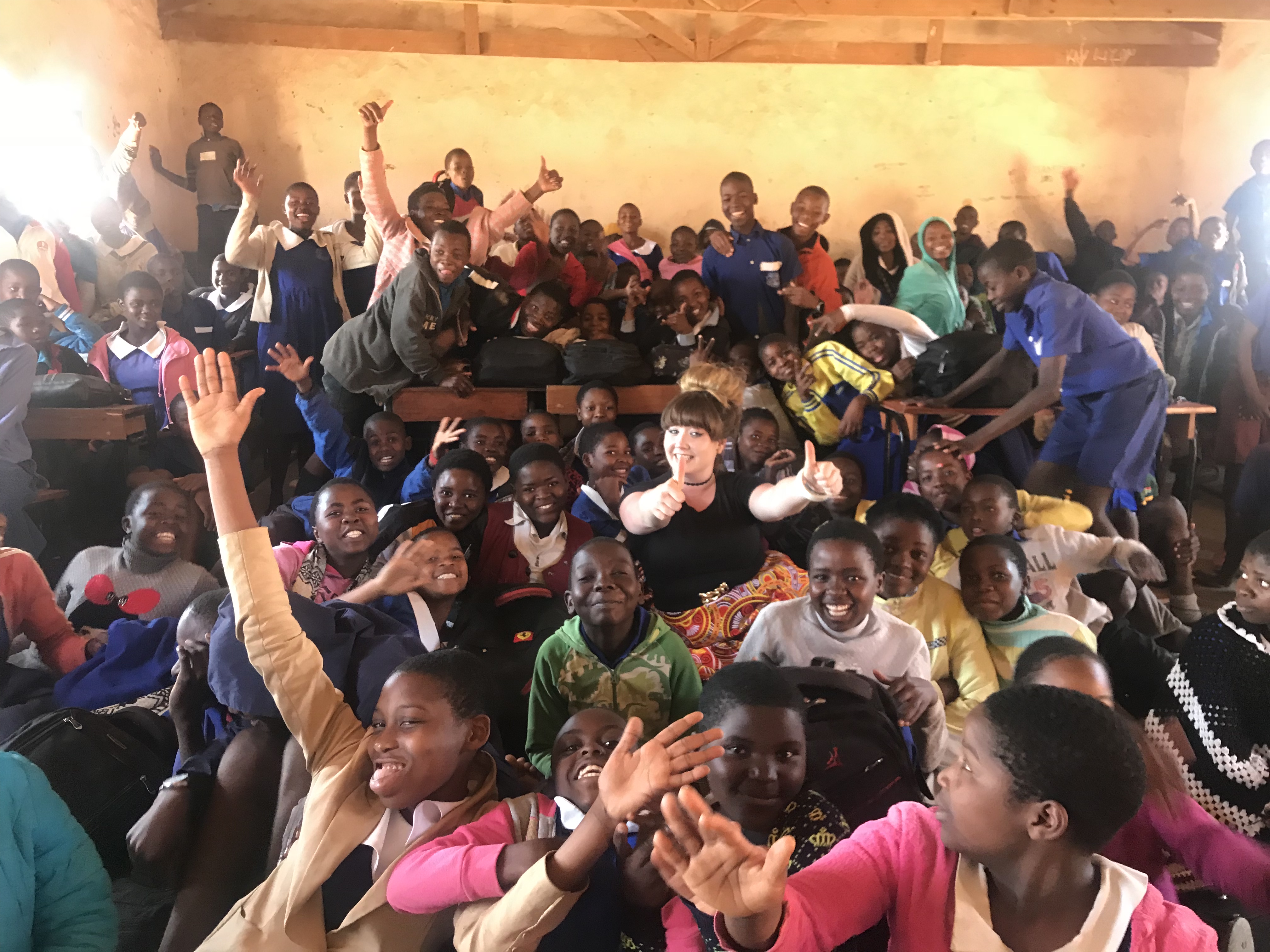 I can’t quite believe it’s week 3 at Kapeni. I really wish I could stay for longer as just like my first visit to Malawi, the people, particularly the learners I’ve had the pleasure of working with, have captured my heart yet again. It truly is the warm heart of Africa.

Last week we had visited the Blantyre Teacher Training College and had been invited back this week by the Principal. We met with the lecturers and were taken a tour of the campus to meet some of the 600 students who were two weeks into their teaching journey. One of the lecturers showed us some fabulous TALULAR resources she had made for teaching languages. Her desk was filled with her students projects and they looked amazing! The resource was a wooden box with two small bits of wood which had to be turned. This then made the flip chart paper inside rotate and each sheet had a letter and matching picture for learning the alphabet! We also met the expressive arts lecturer who was excited to show us some drums he had made from paper and an aluminium can. ‘No paper is wasted in this office!’ He said as we left. We were introduced to some of the classes with around 40 teaching students. They have two semesters (around 6 months) at college before they embark on their teaching placements.  A week’s observations (a far cry from the one lesson a year we endured at university!) I was blown away with the passion and creativity from both the lecturers and the students. The use of so many TALULAR resources was phenomenal. I do however think that the class sizes do have an impact on both the teachers and the learners. Making TALULAR resources for a class of 400 learners would take a great deal of time and energy and with so many subjects, lessons and marking to get through, it’s important to understand just how difficult, all be it incredibly rewarding, teaching in Malawi can be.

We returned back to Kapeni to finish banding the new delivery of books and separating some texts into fiction and non fiction categories, with the help of some of our fabulous Standard 7 paired readers. One of them commented on how he had seen us on Malawian TV at the Blantyre Bullets football game last weekend! We will definitely need to check this out!!

Today I started off in Standard 8 delivering a Life Skills lesson on sexuality and factors that can influence one’s sexuality. All 130 learners were on a mixture of floor space and tables. We started off with some Think Pair Share to discuss the meaning of sexuality and we used a TALULAR ball and no hands up to share ideas. We then discussed some of the factors that may influence this. Learners were confident to come out to the front to share some of their thoughts and we then split into groups to discuss ideas for each of the four factors, which they then shared on the board. We compared some of these factors to situations in Scotland and talked about how music, TV and movies influence some people’s sexuality too. The teacher was fully participating in the lesson and rotated round the groups to encourage discussion and collaboration. Before we finished, I took the class (all 130 of them!) outside. We sourced 9 rocks which we used to map out a noughts and crosses board on the floor. The girls were the crosses and the boys were the noughts and they had to use their body to make the shape and try and secure a strike of 3! I started off playing the game very fairly but after a while I gave the girls 2, 3, 4 shots at a time, which resulted in the girls winning and the boys complaining!! I then swapped this around which resulted in the same reaction from the girls. From this, we discussed discrimination and how unfair it would be to discriminate against someone due to the colour of their skin, their religion and indeed, their sexuality.

I then bolted over to Standard 5 (I got a bit carried away with the previous lesson as it lasted over an hour!). I was delivering a Life Skills lesson focussing on the roles of boys and girls in society as they grow up in Malawi. Using Think Pair Share, the learners shared and discussed some of their ideas, which I then popped up on the chalk board. From this, we split into groups to choose two of the many ideas they had given me. Their group then had to use mime and movement to showcase which role they were demonstrating. They had lots of fun and the other groups thoroughly enjoyed guessing what it was! We finished off the lesson with a Give Me 5 plenary and the teacher then asked the learners to sing a round of Wazza Wazza to thank me for coming in to visit!

Today’s afternoon was a bit of an emotional rollercoaster. We were delighted to have been invited along to Steka Orphanage to meet GodKnows and his 70 beautiful children who vary in age, style and personality! Each one an absolute credit to him and his wife. He told us of his own life experiences, which consisted of being on the street for 3 years, being used for drug trafficking and threatened with the prospect of being murdered. My eyes filled up as he told us of how much he loves his family and how they all take care of one another. He showed us around his house and we met all of the children ranging from 18 months to 17 years. What struck me was how much they all looked out for one another and the love and bond they share is overwhelming. I feel very grateful to have been invited to come along and I would urge you to check out the Steka Orphanage website to find out more about this inspiring man, his wife and beautiful family.

After a rollercoaster of emotions over the last few days, combined with the thought of going home, leaving Kapeni and not waking up every morning to breakfast on the Kabula balcone with the MLOL family, I’m off for an early night. Zikomo?? 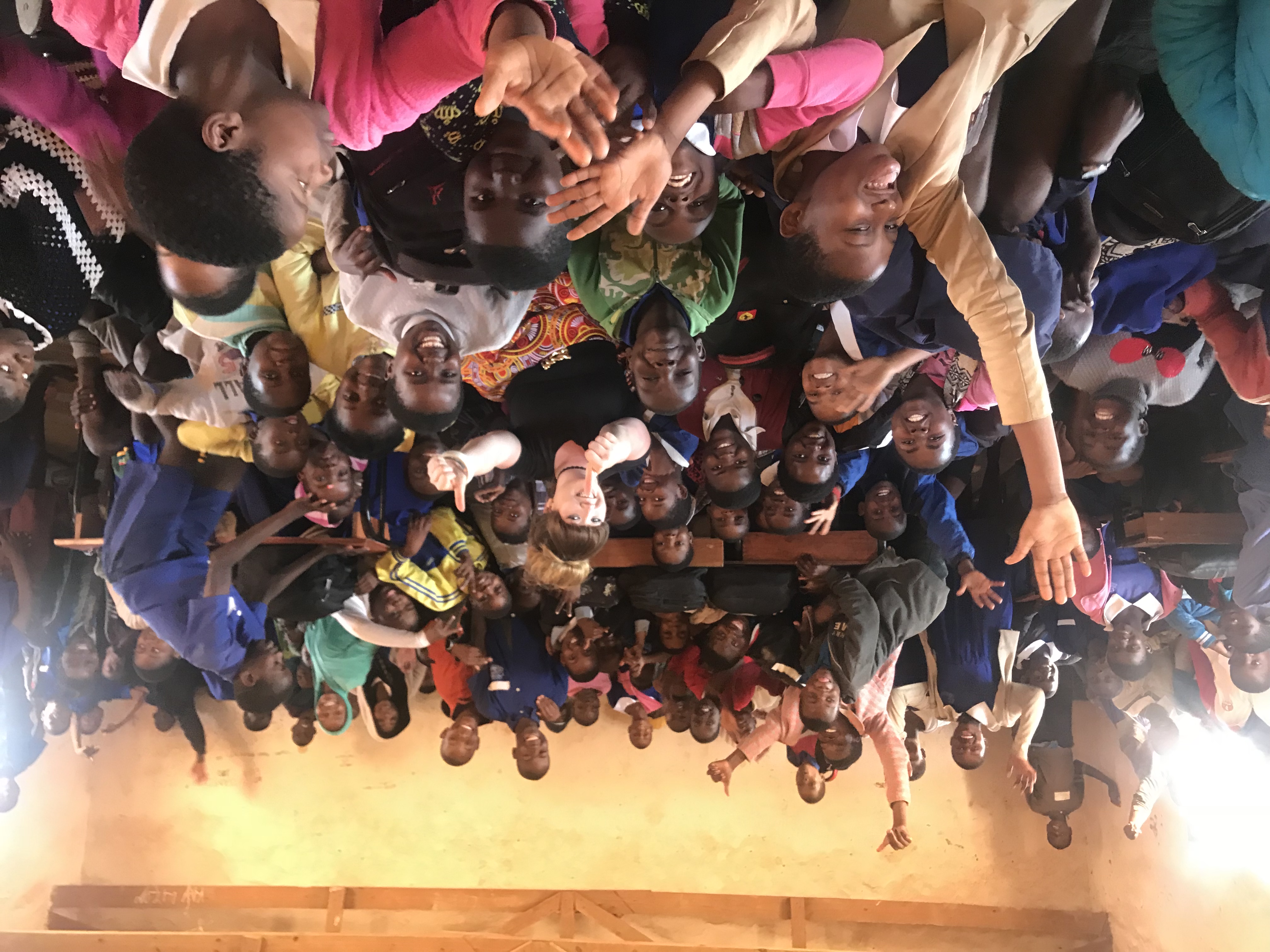 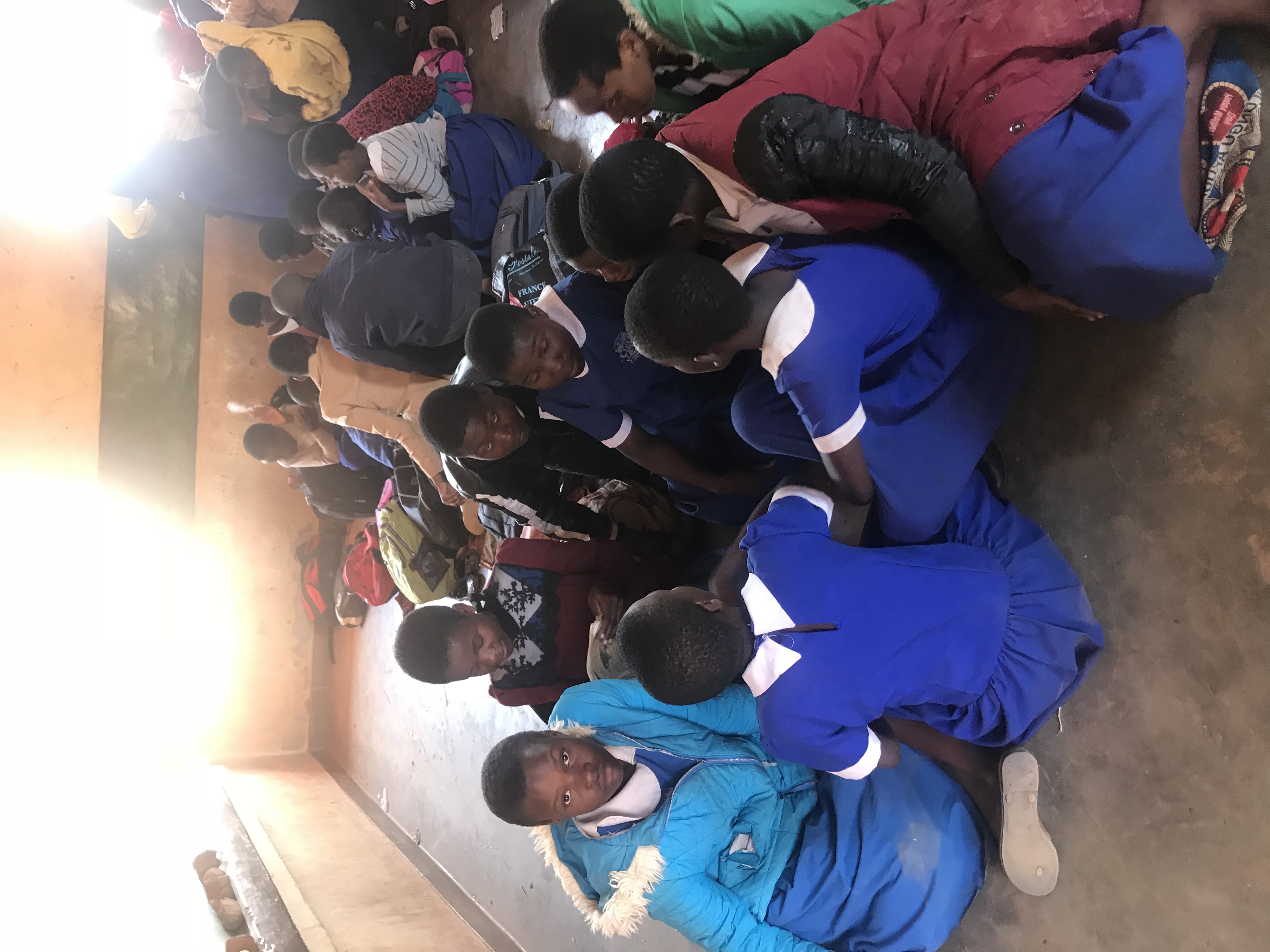 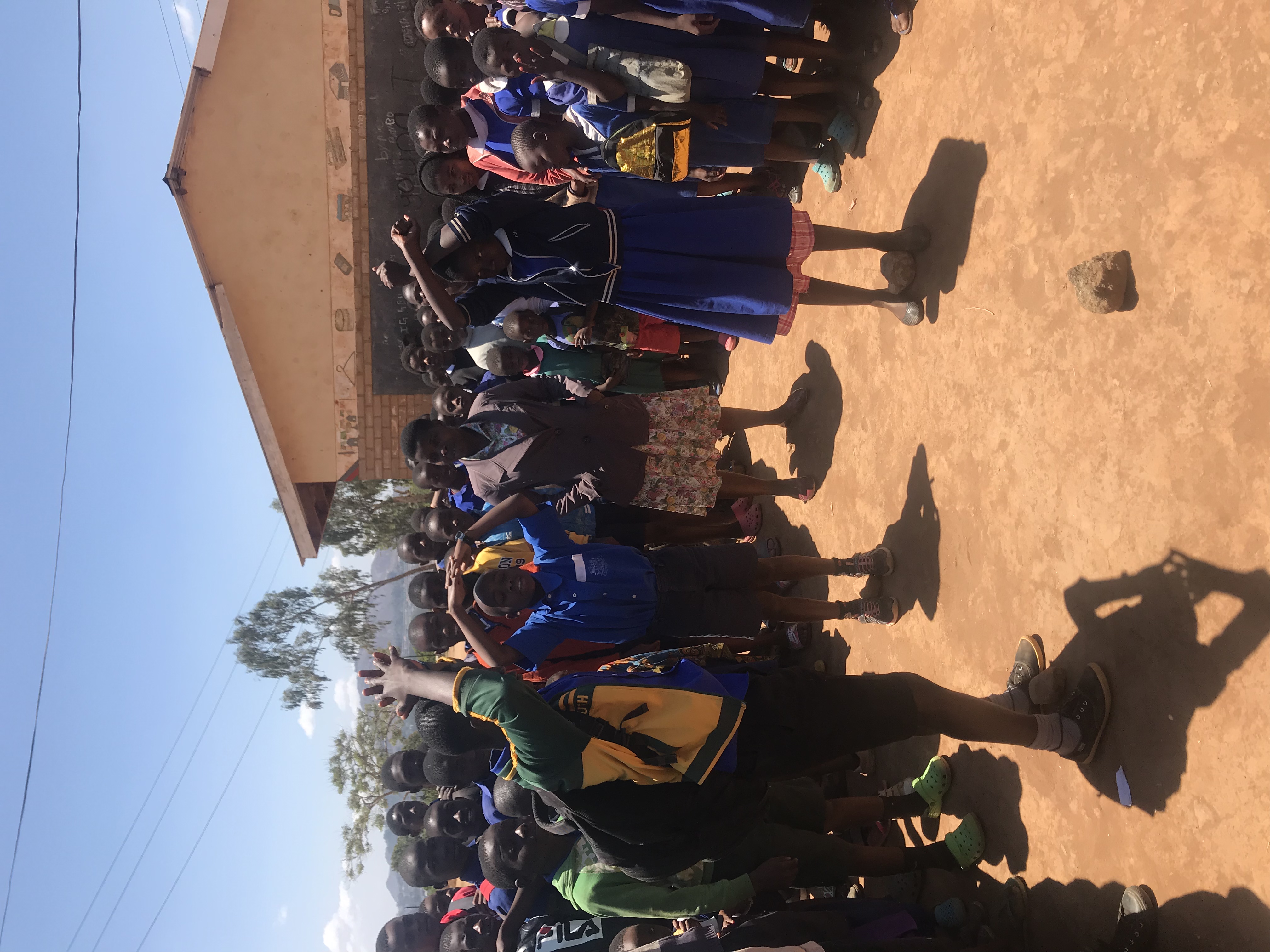 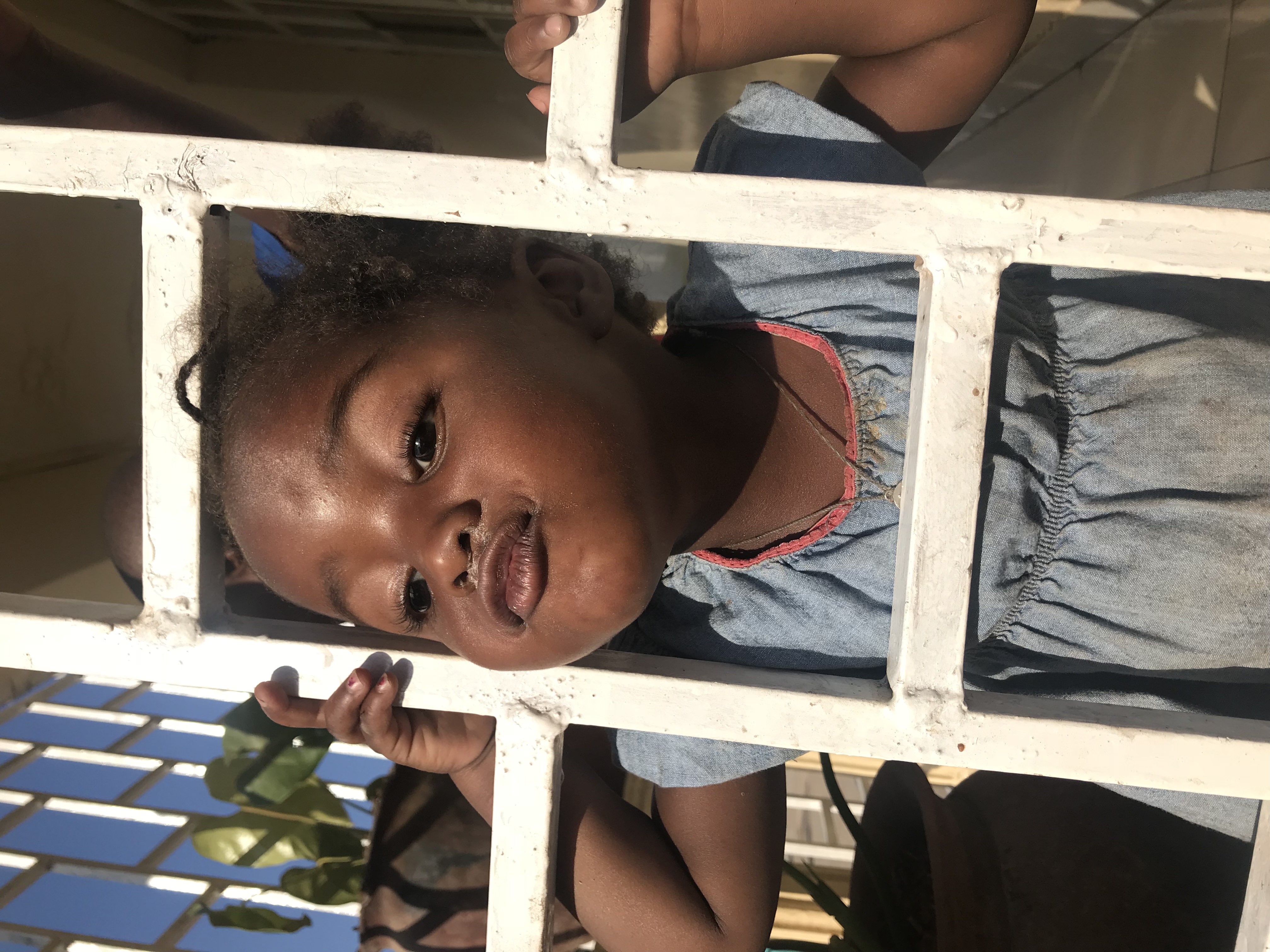 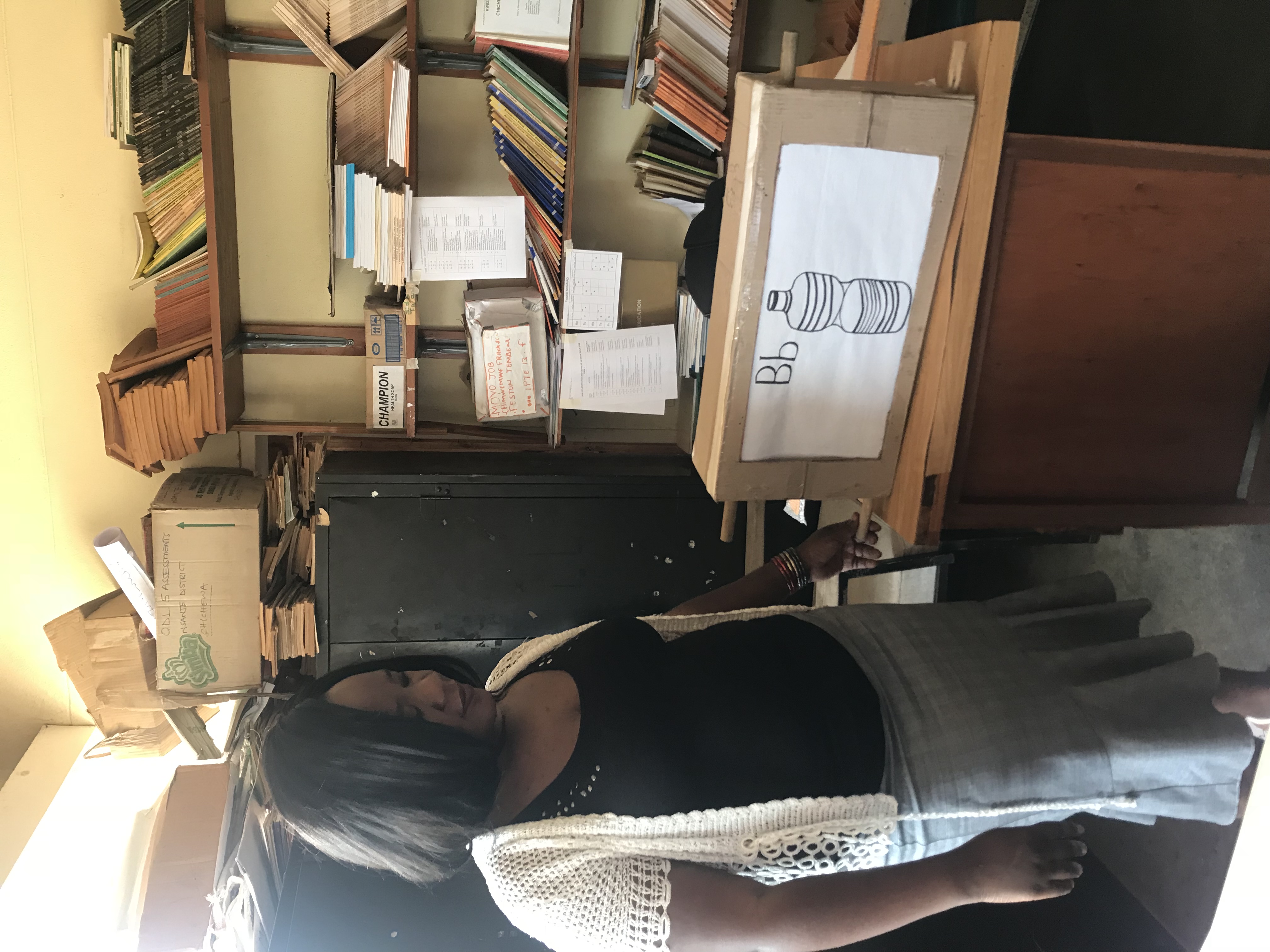 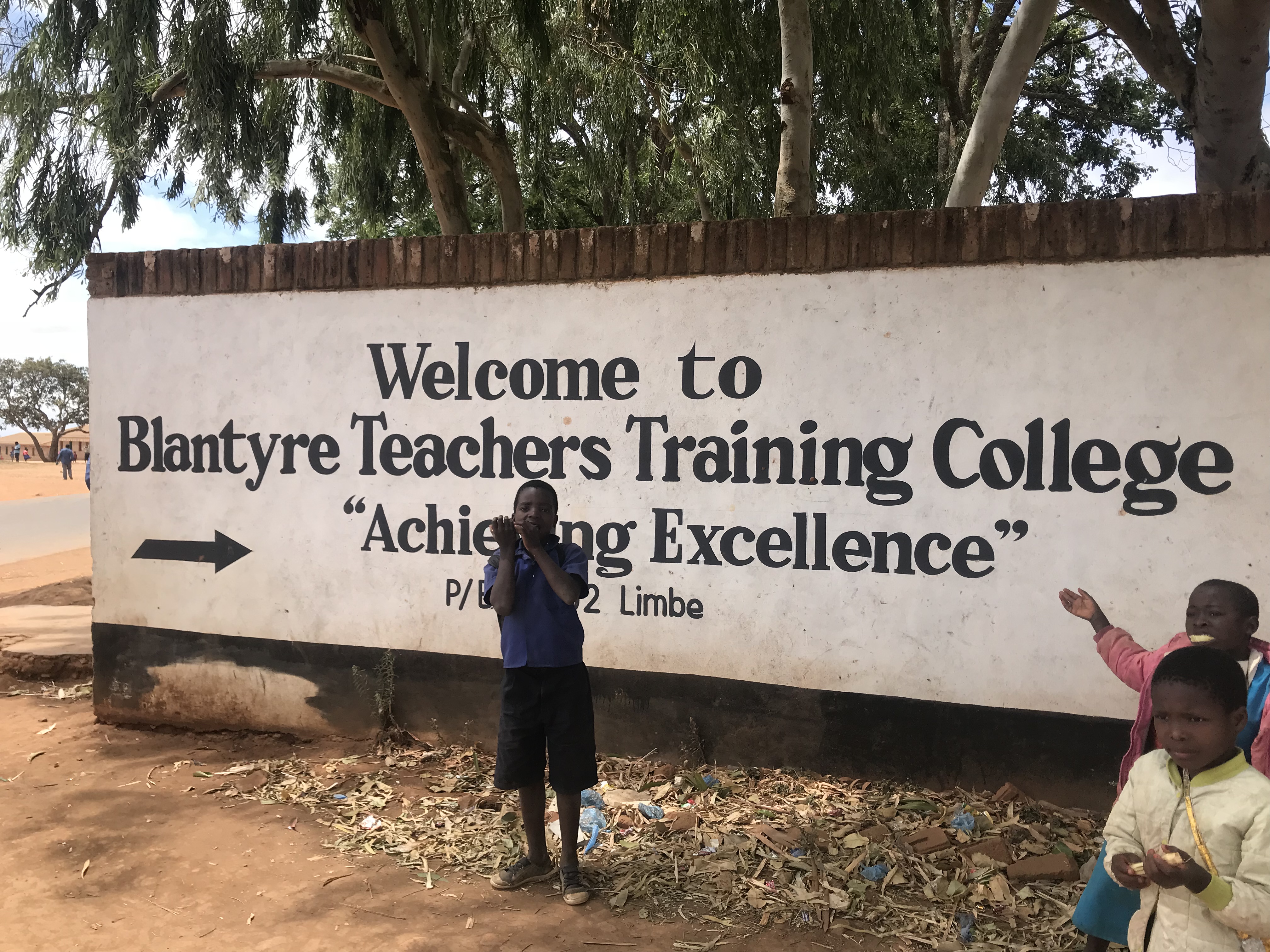 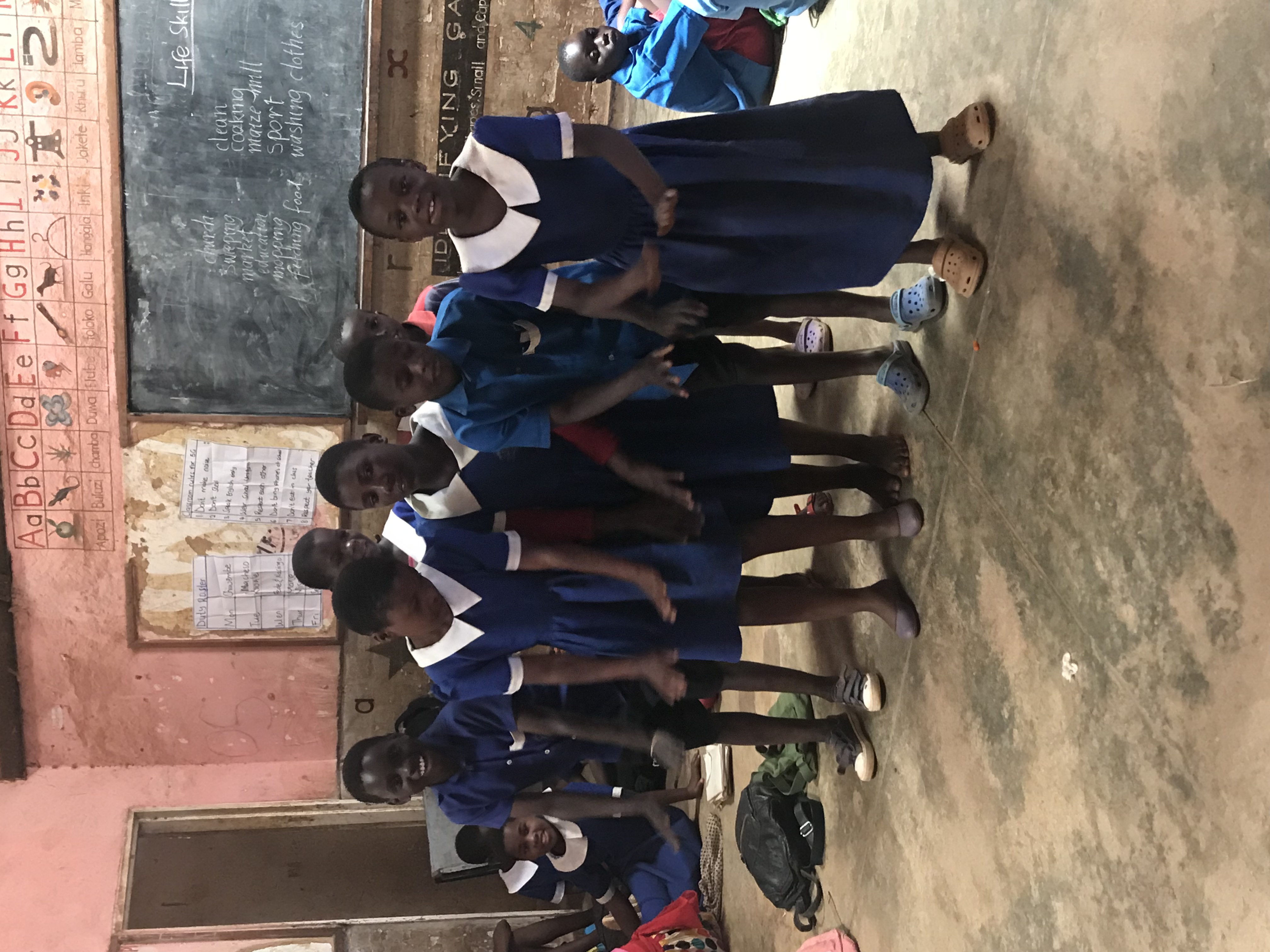